Can anyone stop Vladimir Putin (69)? And if so, how? Reaching him from the outside is difficult or even impossible. But maybe money can help change the minds of one or more of his supporters… Alexander Konanykhin (55) wants to try it this way. The Russian businessman has set a $1 million bounty on the head of the Russian despot. On his Facebook page he showed Putin’s likeness on a Wild West poster with the caption “Wanted Dead or Alive” and wrote:

“I promise to pay $1 million to the police officer or officers who, in accordance with their constitutional duty, arrest Putin as a war criminal under Russian and international law. Putin is not the Russian president because of a special operation that blew up an apartment building in Russia*, violating the constitution by abolishing free elections and eliminating his opponents. As a Russian and a Russian citizen, I believe it is my moral duty to support the denazification of Russia. I will continue to assist Ukraine in its heroic efforts to fend off Putin’s attacks.” 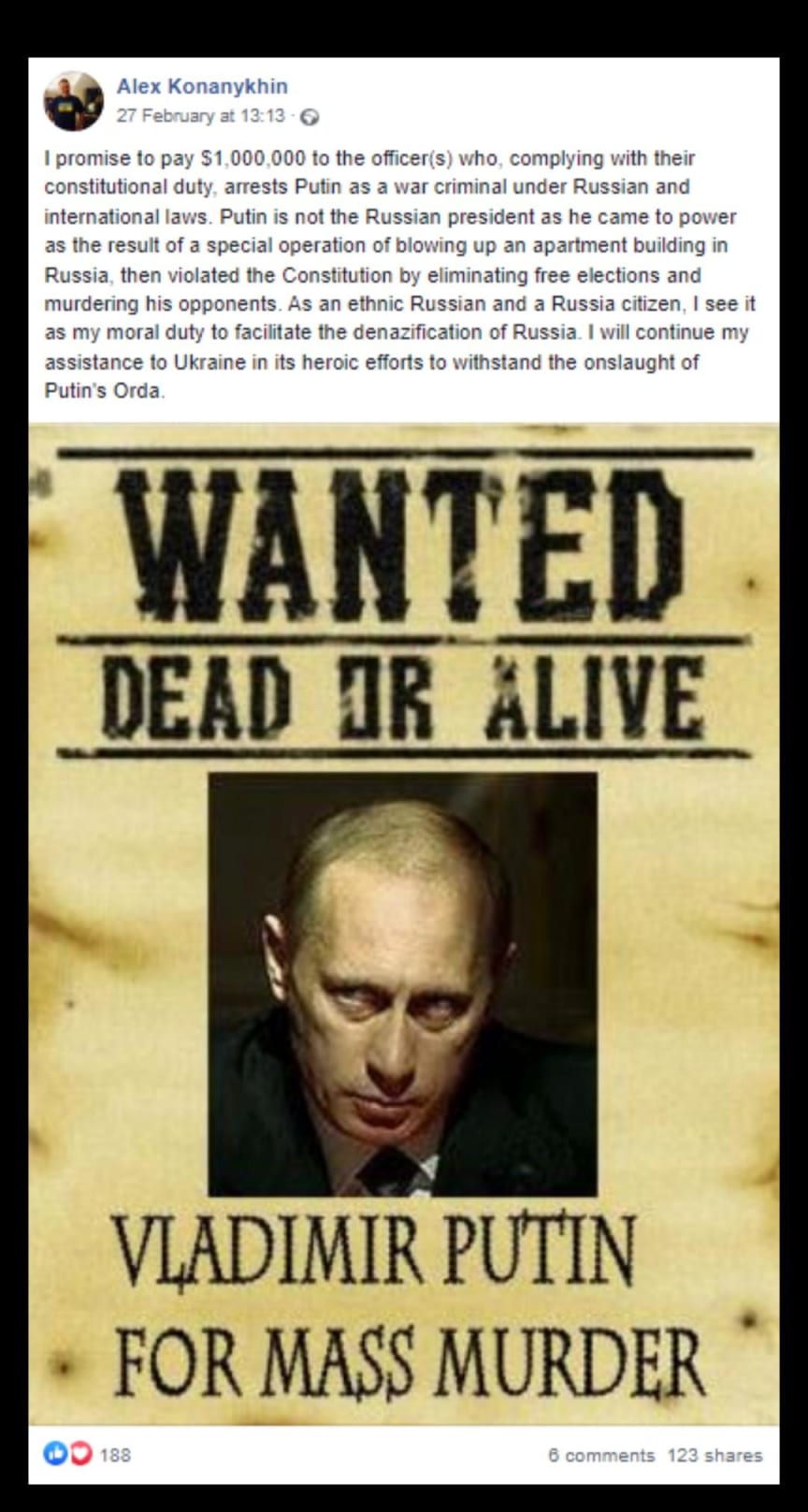 Shortly after the post was shared, it was removed from Facebook, Alexander Konanykhin writes in a new statement. The man suspects it was because of the “Dead or Alive” poster and points out that he wrote about being arrested.

Fear of reprisals too great?

One million dollars – could that sum induce one or more police officers to arrest Putin and thus possibly stop the war with Ukraine? It is hard to say, because Putin’s rule is based on, among other things, an atmosphere of fear of repression.

*In 1999, there was a bomb explosion in a Moscow shopping mall and a series of bomb attacks on Moscow apartment buildings that have never been explained. Instead, they were blamed on Chechen terrorists. As a result, on October 1, 1999, on Putin’s orders, the Russian army entered Chechnya – officially to fight 2,000 terrorists.

SCHUFA – what is it and how to get an extract from the register?

Germany: new regulations from April 1! What will change in terms of wages and coronavirus, among other things?

The German government is planning to tighten restrictions from September!

Covidien restrictions in Germany have been largely lifted, and for many German citizens, this is the first summer since...